Your cart is still empty.
Most of our happy customers start with our 🌱 Plant-based Lifestyle Guide, and then go from there.
Product is not available in this quantity.
Home
→
Vegan News
→
“Raised Without Antibiotics”? Don’t count on it

By Simple Happy Kitchen news |
April 20, 2022
You're subscribed!
Oops! Something went wrong while submitting the form. 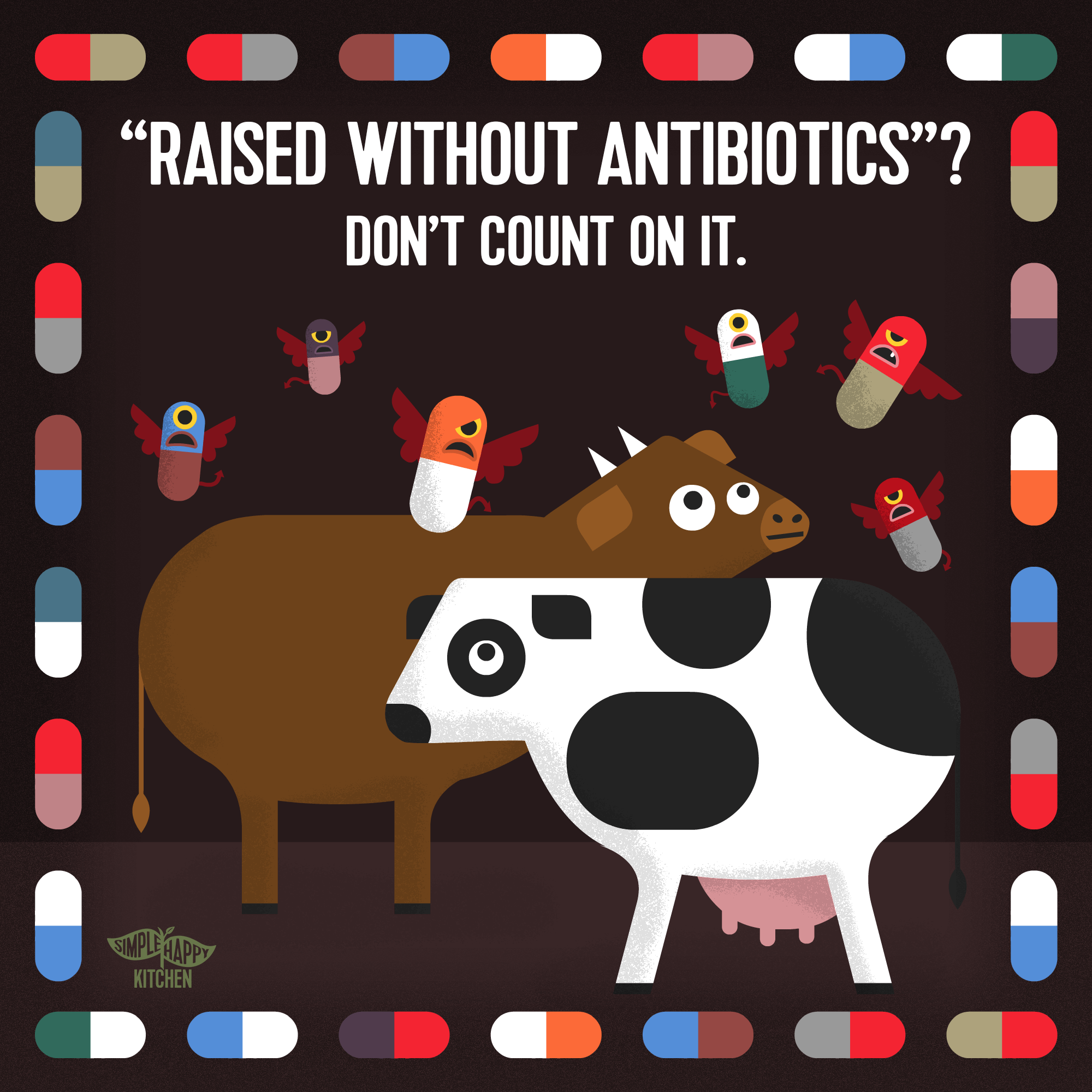 Overuse and misuse of antibiotics in the livestock industry has been a growing public health issue for over two decades, and now a new study shows that in some cases, even meat marketed as “Raised Without Antibiotics” may contain antibiotics.

The study tested cow urine samples from 33 different “Raised Without Antibiotics” certified factory farms, and found that 42% of the farms had at least one animal test positive for antibiotics. That’s 15% of all tested cows.

“Raised Without Antibiotics” is a USDA approved label, but apparently, the agency does not mandate periodic empirical testing to validate the authenticity of these claims. The study only tested beef cows, but its authors suggest that testing other farmed animals may show similar results.

So what’s the deal with antibiotics and animal farming?

At this point, you might be asking yourself: why are there antibiotics in our food in the first place? and why is it such a pressing issue? Antibiotics are widely used in factory farms globally not only to improve animal health and welfare, but also to enhance their growth rates and raise their productivity.

One of the main reasons for the widespread use of antibiotics on animals are the conditions in which the animals in the livestock industry are kept: packed by the thousands in small spaces, often in their own feces and without access to fresh air or sunlight.

Antibiotics are used to prevent, treat, and control bacterial infections caused from such extreme living conditions. It is estimated that over one-half of the antibiotics in the U.S. are used in food animal production.

Okay, but why is that a problem?

The overuse and reliance on antibiotics in such overwhelming high quantities leads to the development and spread of antibiotic-resistant bacteria, a serious health issue that could have major consequences on humans, animals, the economy and the environment.

Reports show that since 2000 antibiotic resistance in farmed animals has nearly tripled. Antibiotics used to treat animals for bacterial infections such as Salmonella, Escherichia coli and Campylobacter are slowly but surely becoming largely ineffective. This resistance might lead to treatment failure for even the most common disease in both humans and animals.

Other than limiting treatment options, overuse of antibiotics raises health care costs, and increases the number, severity and duration of infection. The world health organization has even issued a recommendation back in 2017 that farmers and the food industry stop using antibiotics routinely to promote growth and prevent disease in healthy animals.

Until that happens, there’s an even easier way to deal with this problem: not consuming the products they are using all of these antibiotics to create. 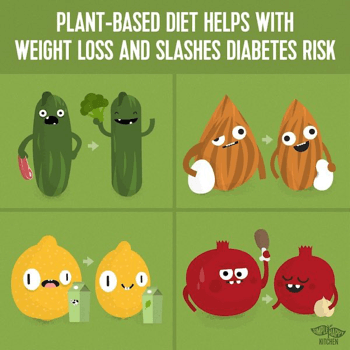 A 16-week vegan diet can boost the gut microbes that are related to improvements in body weight, body composition and blood sugar control.
Continue Reading 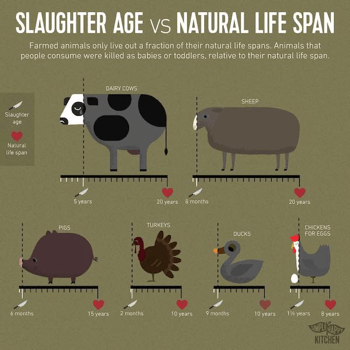 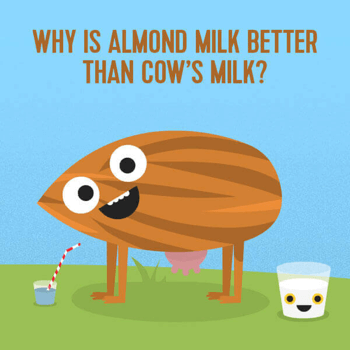 Why is almond milk better than cow's milk?

Learn about some of the reasons why almond milk is much better for you, for the animals and for the environment.
Continue Reading