Your cart is still empty.
Most of our happy customers start with our 🌱 Plant-based Lifestyle Guide, and then go from there.
Product is not available in this quantity.
Home
→
Vegan News
→
Congratulations, NYC now has a vegan mayor!

Adams, an ex-policeman, became vegan after being diagnosed with type 2 diabetes in an effort to combat the disease and its symptoms. Later he went on to publish a book about overcoming the serious illness and the issue of diet-related chronic diseases affecting communities of color in the US, sharing over 50 vegan recipes.

During his time as Brooklyn Borough President he spearheaded several health related initiatives, including a plant-based medicine program within the city’s largest medical system. He worked alongside the now former mayor of NYC, Bill de Blasio, to implement Meatless Monday at 15 schools in Brooklyn, a program that was expanded to all 1,700 NYC public schools in 2019.

We wish Adams a huge amount of luck on his new job and hope he will help one of the world’s greatest cities to become healthier and more compassionate towards animals and the planet, leading the way for other cities around the world to do the same. 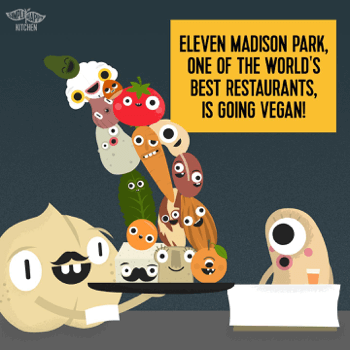 Eleven Madison Park, one of the world's best restaurants, is going vegan!

Considered as one of the finest restaurants in the world, iconic New York based Michelin-Starred Eleven Madison Park is reopening its doors in June with a fully plant-based menu
Continue Reading 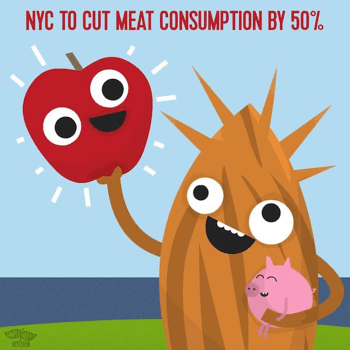 NYC TO CUT MEAT CONSUMPTION BY 50%!